Kaiyodo's Fist of the North Star 2000 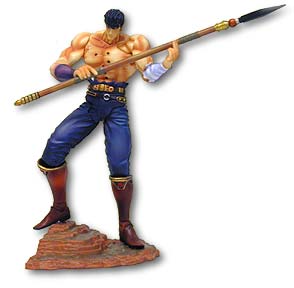 These new figures have to be picked up and played with to be believed. Each figure contains some of the most innovative articulation that the monkeys in the RTM Toy Testing Labs have ever seen.

The first new assortment features Kenshiro, Raoh, Rei and Falco. We got a hold of the Kenshiro and Raoh figures and, between the sculpting, paint detail and articulation, we were just blown away. 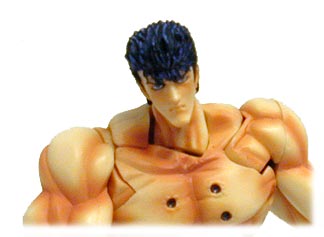 Just in this shot alone you can see some of the unique articulation points in the neck and shoulder area on the Kenshiro figure, which allows for an amazing range of movement. 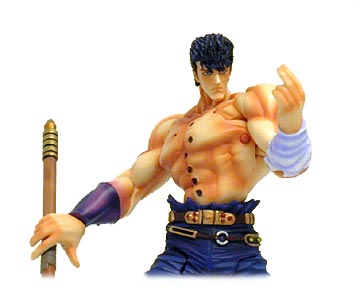 Between the articulation points, which are in around 17 or so, the figures in this line also come with accessories like extra hands, extra heads (for different expressions) and weapons. Kenshiro comes with nunchuks connected by a real metal chain. Raoh doesn't come with any weapons (at his size, who needs weapons) but does come with an extra head and extra forearms.

Each figure also comes with it's own base.

The articulation on these figures is quite different, and may take some getting used to for some people. But, these are, in our estimation, amazingly playable figures. They've got "the look" and size that's popular, but don't skimp on the articulation like some companies do. 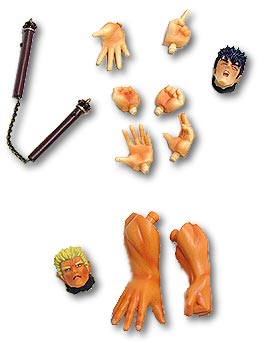