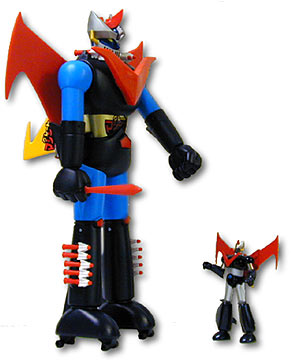 Many of us who grew up back in the 1970s remember Mattel's Shogun Warriors. At the time they were pretty much the biggest toys we'd ever seen, and many a kid was taken in with the sheer coolness of these giant robots.

Most of us had no idea where the robots Mattel dubbed the Shogun Warriors originated from. Most everything we knew about them came from the Marvel Comic of the same name that chronicled the adventures of Great Mazinga, Raideen, Gaiking and others.

Little did we know that the robots were previously available in Japan, and had long lives in comics and on television.

Now, thanks to Bandai subsidiary Uni-Five we can relive those thrilling days of yesterday, and re-enter the world of really, really big toys with reissues of many of those very same robots we remember from our youth.

Uni-Five has re-issued 4 of the old Popy giant robots: Mazinger Z, Great Mazinger, Gaiking and one other.

Additional sets of hands are available as well. One set is the classic launching fists, and the other has missile firing fingertips. Mazinger comes with 14 missiles that can be used with the firing hands accessory. Coolness abounds! 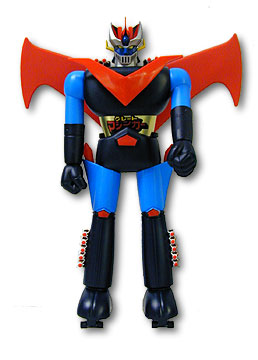 If you are a fan of Japanese giant robots, and especially if you grew up with the Shogun Warriors, then Uni-Five's Great Mazinger re-issue will be one of the highlights of your collection. These toys just have a presence to them, that allows them to dominate the rest of your toys!

Great Mazinger stands a whopping 23" tall. He comes loaded with 14 missiles that clip onto the figure, two swords that fit into the thighs, and a removable brain ship.

Articulation is minimal. The head turns, and Mazinger moves at the shoulders and the wrists. That's about it. He does, however, come equipped with wheeled feet for easy mobility. 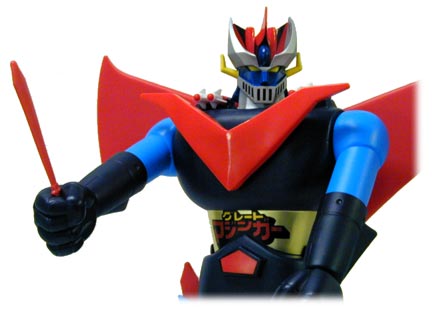 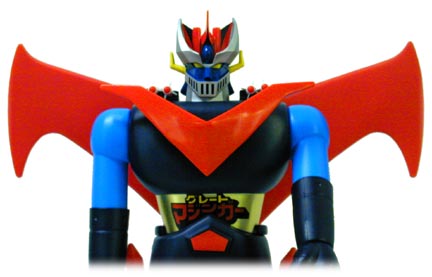 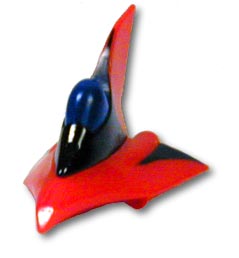 The brain ship is removable from Great Mazinger's head, and makes for a nifty accessory in and of itself.

Just seeing this figure brought back a flood of memories of growing up in the '70s. The Shogun Warriors were just the coolest thing going back then, especially when classic Toho film monsters Godzilla and Rodan joined the line. It is wonderful to see the figures brough back with such faithfulness and attention to detail.