Medicom Toy of Japan has scored a home run with their Kubrick line of interchangeable building-block stlye action figures. The addictive simplicity of design, coupled with some of the coolest anime and movie properties have caused a surge of interest amongst collectors looking for something different in todays collecting market. Kubricks fit that bill nicely.

Arguable the coolest of the Kubrick sets released so far are also the most difficult to come by in North America: Planet of the Apes. Medicom has finally released the first 3 sets planned, and they've got a staggering 5 more sets being worked on for release between now and early 2001. Given the wealth of material available from 5 feature length films it's likely there'll be more beyond those, depending upon sales of course.

Each set is designated by letters A, B, C. Set A consists of Dr. Zauis, Cornelius, Zira and the Statue of the Lawgiver (referred to on the packaging as The Greatest Ape). Set B contains 2 different Soldier Apes, a Horse and the super-cool General Ursus. Set C features the humans Taylor and Nova, a Horse and the half-exposed Statue of Liberty as seen in the first film's shocking ending.

As with previous Kubrick releases, such as the various Devilman and Neon Genesis Evangelion sets, the figures stand 2.5" tall, and feature 8 points of articulation (neck, shoulders, wrists, waist, and hips. Additional the figures can be taken apart, allowing you to mix and max and come up with your own creations.

The various accessories in each set also contribute to the Kubrick's overall coolness, from the horses to the iconic Statue of Libery remains. 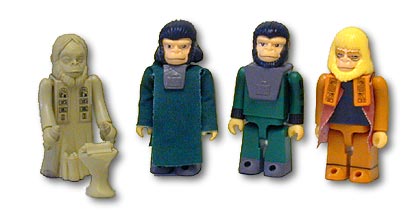 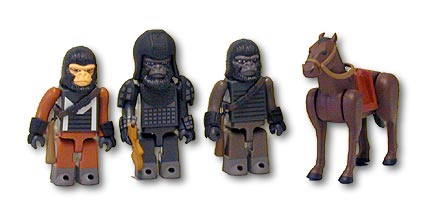 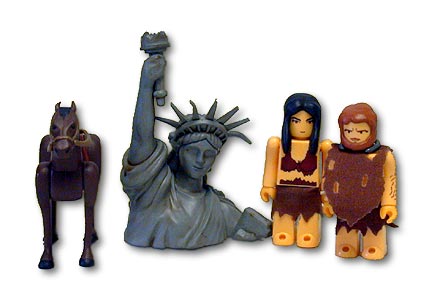 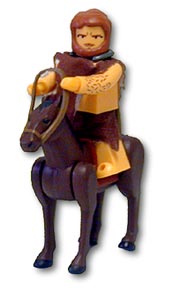 The Kubrick riding club is open with the inclusion of the Horses in Sets B and C. Just about any Kubrick figure can ride the horses, thanks to their specially designed saddles.

Each set is definitely a welcome addition to any Planet of the Apes fan's collection. Sadly, due to licensing issues, the various Apes sets will not be offered through Diamond Comic Distributors' Previews catalog, and have to be obtained through Japanese toy dealers making these sets a bit more pricey than the other sets. The sets offered via Previews retail in the $12 - $15 range, but the Ape sets are offered between $30 and $40 per set.

If you are looking to add these great sets to your collection you can find 'em online at: