By Rick DeWeese
A Foreign Generation: The Last Years of Generation One

The year is 1987. The most popular show on TV, The Transformers, is coming to an end in the United States. A final three-part conclusion to the series called "Rebirth" airs and pits the Autobots vs the Decepticons one final time in the midst of the earth's sun going nova. These few episodes briefly introduced the Headmasters, Fortress Maximus and Scorpinok. The series was now over, and the legacy of the Transformers had come to an end. Right? 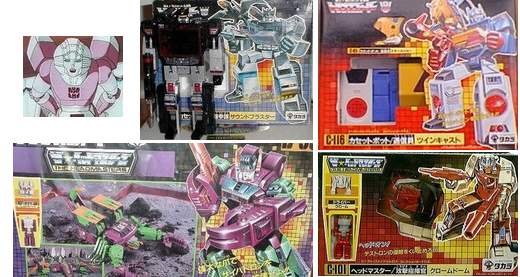 Picking up where the third season of The Transformers left off, and ignoring "Rebirth" completely, The Headmasters was the first Japanese exclusive Transformers TV program. Set in the year 2011 (one year after the third season), the series pitted Fortress Maximus, leader of the Cybertrons against Galvatron. During this series, Convoy(Prime) dies again, as does Ultra Magnus, Hot Rodimus(Hot Rod) once again becomes Rodimus Convoy(Rodimus Prime), and few great toys get made.

This series is kind of an oddball when it comes to Transformers. The main characters are humans who can change into mech suits and from there form the heads or engines of Transformers. This series introduced Godmasters (Powermasters in the U.S.), Pretenders, and the Headmaster Jr.s. The toyline was great, giving fans a variety of characters in all sizes.

The toyline that followed Victory were never released outside of Japan in any form. When you add to that that the series is most likely the most fan favorite out of all the Japanese series, you've got one hot property! Set in the year 2025, the Cybertrons are led by StarSaber, a mighty space fighter and swordsman, against the evil Destron forces lead by the gestalt Deathsaurus. The series saw the introduction of the Cybertron Brainmasters and the Destron Breastforce. It was also in this series that the planet Micro was introduced and, of course, the Micromasters. 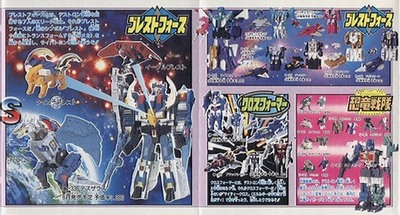 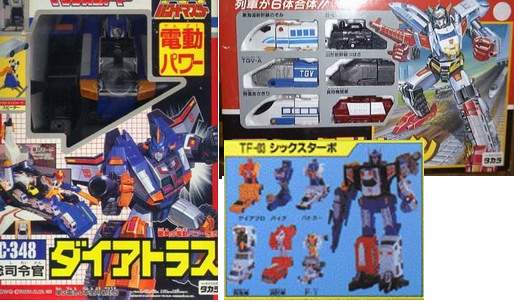 Only one episode was ever created for Zone. The rest of the story was told in the pages of a children's toy and television publication called TV Magazine. The direction of the series was based around the Destrons trying to obtain Zone Energy, much like the early battles for Energon. Even with it's only marketing done in the pages of a magazine, many toys were made for the series. However, only Cybertrons were made, Takara noticed such a drop in bad guy sales with their last line that they decided to not make any Destron toys this time around.

Also a toyline without a TV series to back it up. Again, TV Magazine published the entire story in which the Cybertrons used Zone Energy to resurrect Convoy, now with a new body as StarConvoy who leads the Cybertron team of SkyGary and Grandus. Meanwhile, Dark Nova, who looks a lot like Unicron, revives Megatron, who oddly enough, makes it his first priority to destroy Galvatron, who has been stuck in some ice since the end of Headmasters. SuperMegatron, as he's called now, battles with the Cybertron forces throughout the entire series.

Thanks go out to:

The Ultimate Transformers Gestalt Shrine for the image of Reiden.