SPEEDLINES rises from the tomb of the undead to wreak havoc on an unsuspecting populace once again! 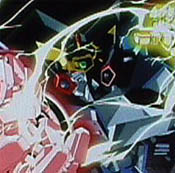 Yujin's pretty much been known for doing doing capsule figures, and trading figures, but lately Yujin's been expanding there horizons into the actual "action figure" market more. Especially with the Brave series, first Yujin's "Master Action" GAO GAI GAR, and now the DX GAOFIGAR FINAL FUSION BOX! Basically, this bad mother is a Giant Transforming and combining robot, this is what sets it apart from the previous GFG figures. Yujin has done a big fancy feature on their newest addition, you can see it here - just click on a section of GFG and it'll show the parts in extensive detail. This figure will retail for 15800 yen [about 130$ US] and will be available in January.

Marmit will be releasing a Doll of Mai Shiranui, from the Fatal Fury, and King of the Fighters Video Game series. While we've seen some other versions of Mai in the past this new Doll from Marmit is based on the Fatal Fury Animated Movie. Mai is 6800 yen and will be available in December. 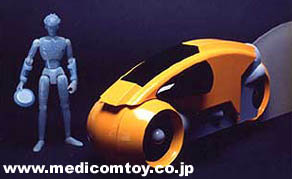 Medicom's been working their Disney license allot lately, one of their newest acquisitions are the new TRON action figures. There will be 4 light cycles, and each light cycle comes with a small heavily articulated pilot who stands about 4 inches tall. Check out the full spread by clicking right here. These will come out February of 2002 and retail 4800 yen for each two pack.

The latest installment to Banpresto's growing Capcom figure collections will be a new set of Capcom Girls. These offer a new twist of sorts. Usually trading figures come in a box and you can't tell what character you're going to get, but what Banpresto's doing is letting you know which character you get, but you don't know which version of the character you get. You can get 1 of 3 variants per bag. Originally this set was going to have 2 paint variants and one size variant but that was a tad unfair, so they changed so you just have 3 paint variants. There are some interesting variations in there like evil Sakura, and various player 2 color schemes. The Girls featured in the set are Chun Li [street fighter alpha], Sakura [street fighter alpha], Morrigan [Vampire Savior], Tron Bonne [megaman ledgends/rockman dash], B.B. Hood [vampire Savior], and Hinata [RIVAL SCHOOLS/PROJECT JUSTICE].

Kotobukiya will be adding a whole slew of new Final Fantasy 10 completed PVC figures to the roster of FF merchandise. These are large High Caliber Figures with very detailed sculpts and excellent paint application. Large Versions of Tidus and Yuna have already been released but Kotobukiya will follow that up with Arlon, Rikki, Kimahri, and LuLu. These are 1/6 scale and cost 6800 yen [about 57$ US] each Arlon comes out in October, Rikki comes out in November, Kimahri comes out in December, and LuLu comes out in December as well. HLJ has all these in their pre-order section.

On the more Traditional Action figure front, Kotobukiya will be releasing Guardian Forces as well. Bahumut who comes out this month [6800 yen] and YoujinBou who comes out in December at 4800 yen. 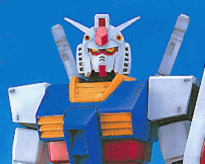 Okay, we've been getting toys of Giant robots for quite some time, But we haven't gotten a lot of GIANT, giant robot toys for awhile now. Bandai's brain trust came up with yet another way to release the umpteenth version of the RX-78... this time they're just going to make it really, really big. Puny Perfect Grades run in Fear as the massive JUMBO Gundam comes to squash them. How big? Well 500mm, which is like 20ish inches or something like that. Some minor assembly is required sorta like the DX 11" Gundam toys. The big dude will cost 16000 yen, and comes out this month. Amuro won't be lonely for long, cause in 2002 Bandai will be releasing there next Jumbo Grade of Char's Zaku II.

If you thought that was big, you ain't seen nothing yet. Have you ever thought to yourself... how am I going to impress the chicks? Ya' know some guys get really nice cars, but let me let you in on a little secret... Forget Cars.

Get a Giant Zaku II instead.

Just check out this guy who took my advice, look at how happy he looks. So forget the restored Mustang, shell out 198,000 yen and get a purdy 5 foot poseable Zaku. 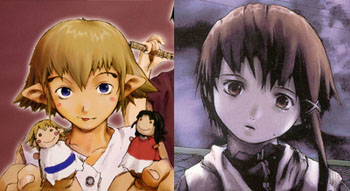 Toynami has announced they will be making a nine inch doll of NieA from NieA under 7. No pictures as of yet, but I'll keep you posted. Toynami has also announced there making something based on Serial Experiments Lain... But don't know what it is yet. Could be a doll, could be a plunger, not really sure. McFarlane had[has] the rights to do Lain action figures so I'm leaning towards the possibility of a Doll from Toynami since McF has had the Action Figure rights. 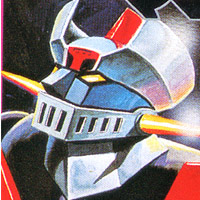 Toybox DX just put up a huge comprehensive "datafile" on vintage Popy toys. It's quite an undertaking, lots of interesting facts on the classic line, as well as a huge amount of pictures. If you're interested in "shogun warriors", super robots, go rangers, and a wide range of "wacky" vintage diecast robots check this out.

The VF-1 has landed

One of the most anticipated toys of the year is just now coming out. Yamato's brand spanking new transforming VF-1 one of the most famous mecha's ever of Macross and "robotech" fame. Macross World has scored one of the first reviews of the item. A huge pictorial and review is on the site now and it's definitely worth checking out. If you had any doubt of getting this bad boy, this review will probably melt those away.