This week's column is a hodgepodge of some of the coolest upcoming toys coming out of Japan in the next few months. So, sit back, grab a soda and enjoy! 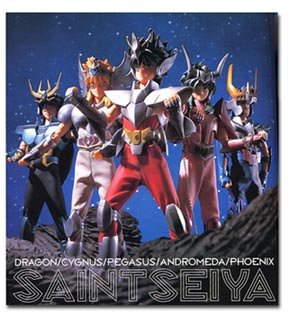 Ohtsuka Kikaku has been putting out some very nice dolls based on Saint Seiya recently. These guys have nicely detailed cloth costumes, as well as functional armor.

These toys are fully articulated, with interchangeable hands and stand about 8 inches tall. So far Ohtsuka Kikaku has released Pegasus, Dragon, Cygnus, Andromeda and Phoenix. These dolls do require some minor assembly and stuff like trimming some of the excess plastic off the hair, but no glue or paint is required.

These sell for about $75 each in Japan and now they are all currently available, Hobby Link Japan has some in stock presently.

Recently RTM showed off some pictures of the extremely groovy EVA-03/Bardiel coming from Kaiyodo (if you missed it, just click here!). EVA-04 also happens to be coming as well, EVA-04 is the Evangelion Unit that was referred to in the Neon Genesis Evangelion TV series but was never actually seen on screen. The design is still the same as the previous toy incarnations of the figure from Sega and Bandai, but it now sports a new Transparent Shield. EVA-04 comes out in October over in Japan and will probably be offered in an upcoming issue of Previews, hopefully for the same great $13.99 price the previous EVAs were offered at.

Kaiyodo will also be releasing Gold variants of Fei Yen (both DNA and RNA side) from Virtual On 2. These will be available starting September 20th and will be limited to just 3000. Speaking of Kaiyodo limited variants, a Crystal Clear Vash the Stampede limited to 777 pieces will be available at Super Festival which starts on October 9th. 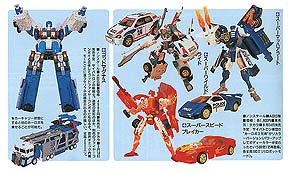 Just a reminder to the folks out there God Magnus and the three Car Brothers (Wild Ride, Mach Alert, and Speed Breaker) repaints are available now. God Magnus retails about $45 in Japan and has the ability to combine with Super Fire Convoy. The Car Brothers retail about $15 each in Japan.

For a better look at the Car Robots just click on the picture to the left! 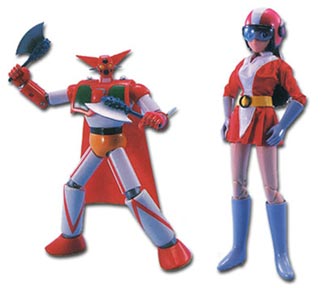 In October Marmit will be releasing a beautiful fully poseable action figure of Getter Robo 1. This toy will stand about 7 inches tall and comes with various accessories. Japanese retail on GR1 will be about $35 in Japan. Marmit will also be releasing a 12-inch doll of Sayaka Yumi from Mazinger Z, comes with a removable helmet and real fabric clothing. This doll will retail for about $85 in Japan.

Another Super Festival Exclusive will be Real Action Heroes: Killer One from =1= Ichi. It will be available October 9th at Super Festival 19 and retail for about $91 (tax not included). This 12-inch fully poseable figure comes with two interchangeable faces, standard and a crying face, plus interchangeable hands. 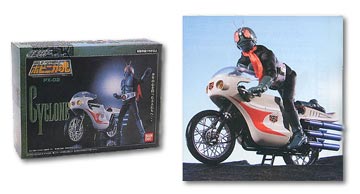 The latest release from Bandai’s Soul of Popynica line will be the PX-02: Cyclone. Kamen Rider's Motorcycle has Die-Cast construction and comes with a Kamen Rider Action Figure to drive the Cyclone as well. 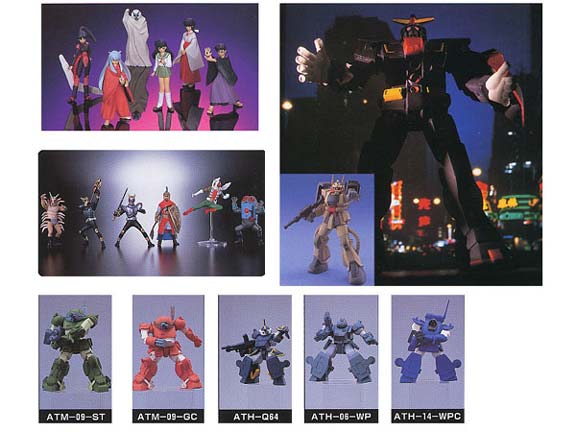 Check out some of the newest swankest releases of Gashapon from the likes of Yujin and Banpresto. Banpresto will be releasing a set of Gashapon based on the Rumiko Takahasi manga and soon to be anime Inu Yasha, with all the recent Takahashi character Gashapon sets being released lately it makes me wonder if a Ranma ˝ set is on the way. A new Kamen Rider set is on the way as well as the obligatory Gundam set, which is focusing on Zeta Gundam. Also be on the look out for a new Votoms set. Yujin will be releasing a new set of Rockman (Megaman) Gashapon based on the Rockman Dash/Mega Man Legends sequel.