WCW: Slam Force is an assortment based on an upcoming Marvel comic book starring the superstars of WCW such a Sting and Kevin Nash. Will the Chris Benoit figure shown here actually come out, given the wrestler's recent jump to rival WWF? Time will tell. 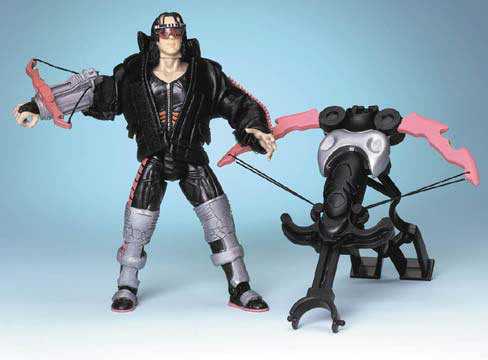