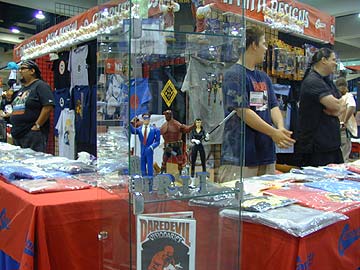 It's been a year since Graphitti Designs Hellboy (from Mike Mignola's excellent comic book of the same name) action figure surfaced at last year's San Diego Comic Con, and fans looking forward to the second assortment of Big Blast action figures were beginning to doubt the well-received prototype would ever make it to production.

RTM is happy to report that the entire assortment, Hellboy, Will Eisner's The Spirit and Matt Wagner's Christine Spar incarnation of Grendel, are all being shown this year at Graphitti Design's booth at the Con.

The Spirit will come with 2 heads, one of which features the characters trademark fedora, while the other is battle-damaged.

Look for Graphitti Design's Big Blast Series 2 to manifest themselves in your local comic book store near the end of the year. 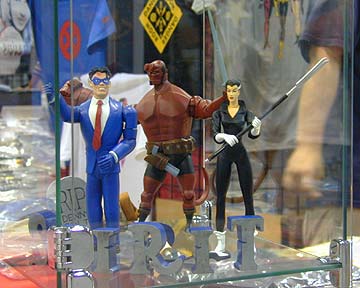 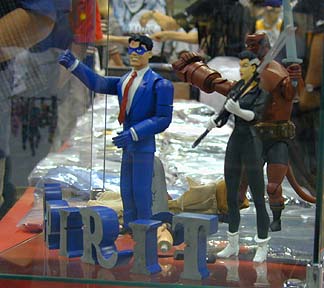